Helmut Sucko at work for 60 years 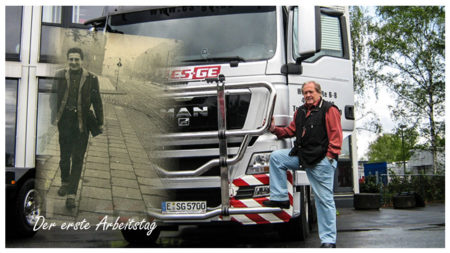 Helmut Sucko – Review of the beginning

On April 1, 1959, our former CEO Helmut Sucko began his training at the vehicle manufacturer Georg Beilharz u. Sohn in Essen as blacksmith and wagon builder. Today, 60 years later, he is still working as a consulting shareholder for the ES-GE. A brief look back at the career of our company founder shows not only his development but also the development of ES-GE, which has now existed for almost 35 years.

It all started at Beilharz 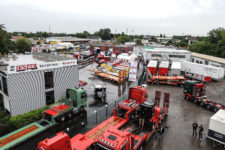 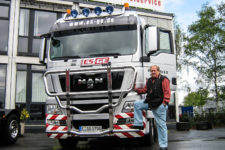 After a short time, he developed the idea of ​​offering the company’s customers a full service “around the trailer”. This ultimately resulted in the expansion of the formerly only small, intended for the repair of their own merchandise workshop. Freight forwarders benefited from the large-scale repair workshop and the large-scale paint shop. They were able to maintain their vehicle fleet cost-effectively.

Workshop master at a young age

At the age of only 24, Helmut Sucko completed his master craftsman exam and became the company and workshop manager. Also his career as an active footballer went well. In 1967 he becam part of the German amateur champion. Ultimately, he gave priority to his learned profession. The enthusiasm for football, however, remained until today. 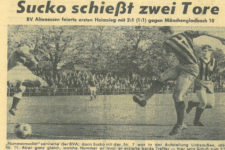 During his time at Röser / WETA, he gained the necessary experience. That helped him to persuade the owner of the business to increase and expand the sale of trailers. In 1969, the company finally took over the representation of the Dutch vehicle manufacturer Broshuis. The vehicles of the specialist for telescopic semi-trailers were still new territory for freight forwarders and shipping companies in Germany. His technical know-how paved the way for Helmut Sucko to sales market and provided the corresponding boost of his career.

However, after more than 20 years of professional activity for the company Röser / WETA, he did not see the necessary perspectives within the company. In keeping with the motto “back to the roots”,  on 03.12.1986, together with Hans-Heinrich and Eberhard Beilharz, he decided  to launch ES-GE Nutzfahrzeuge GmbH. Until his retirement in 2012, he was the managing director. Since then, he still “pulls the strings” of our company – but now only from the background as an advisory shareholder. 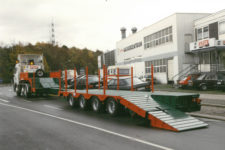 In collaboration with designers of well-known vehicle manufacturers and by using his his technical knowledge and his relevant knowledge of the industry, he was able,  to realize special vehicles that met the requirements of the industry. For example, telescopic semi-trailers led to create telescopic semi-trailers as well as telescopic low beds with retractable goose neck. In 1992 Helmut Sucko registered a patent  for the telescoping megatrailer with a flat loading area with a loading height of only approx. 1,050 mm. 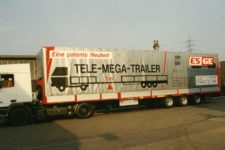 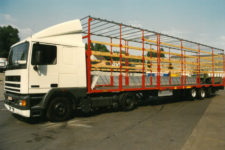 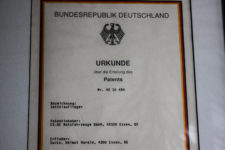 From sales to rental

From the pure distribution of commercial vehicles Helmut Sucko developed the ES-GE also to a well known renting company. The growing success of our company undoubtedly results from the commitment of a person who has turned his hobby into a career. His courageous decision-making, his sense for discovering new markets and his ideas, which he has put into practice, are decisive for the rise of the ES-GE. However, he never forgets to mention that over the years he has always had a team at his disposal to put his ideas into practice.  He is grateful to be able to pass on his know-how, experience and knowledge, but also for the loyalty of his team.

His team also says: Thank you!